Cyberbullying, bullying that takes place on now, is now taking form with the use of slang. Learn about the slang teens use to cyberbully others.

After the blog post I recently did about teens and emojis, I sort of tumbled down a rabbit hole. It turns out that, like my tween has been telling me basically her whole life, I am tragically uncool. I was born in the 80s and grew up on Dave Matthews and AOL Instant Messenger. A phone was something that hung on the wall in my kitchen (and eventually, at age 16, I was allowed a cordless version in bright, clear teal, in my bedroom) that enabled me to talk to someone else and nothing more. The Internet was just getting started, and the idea that one day I’d be able to manage most of my life on a small smartphone that fits in the palm of my hand was out of this world. And yet, here we are.

Protect Your Child From Cyberbullying

But I digress. Back to the rabbit hole that, like Alice, I tumbled down into another world that I’m not certain I was ready for. Cyberbullying. It’s heavy. And very serious. Because kids are so connected these days, they are susceptible to bullying 24/7. They can be relentlessly harassed at school, at home, online, on their phones… Basically nowhere is safe. 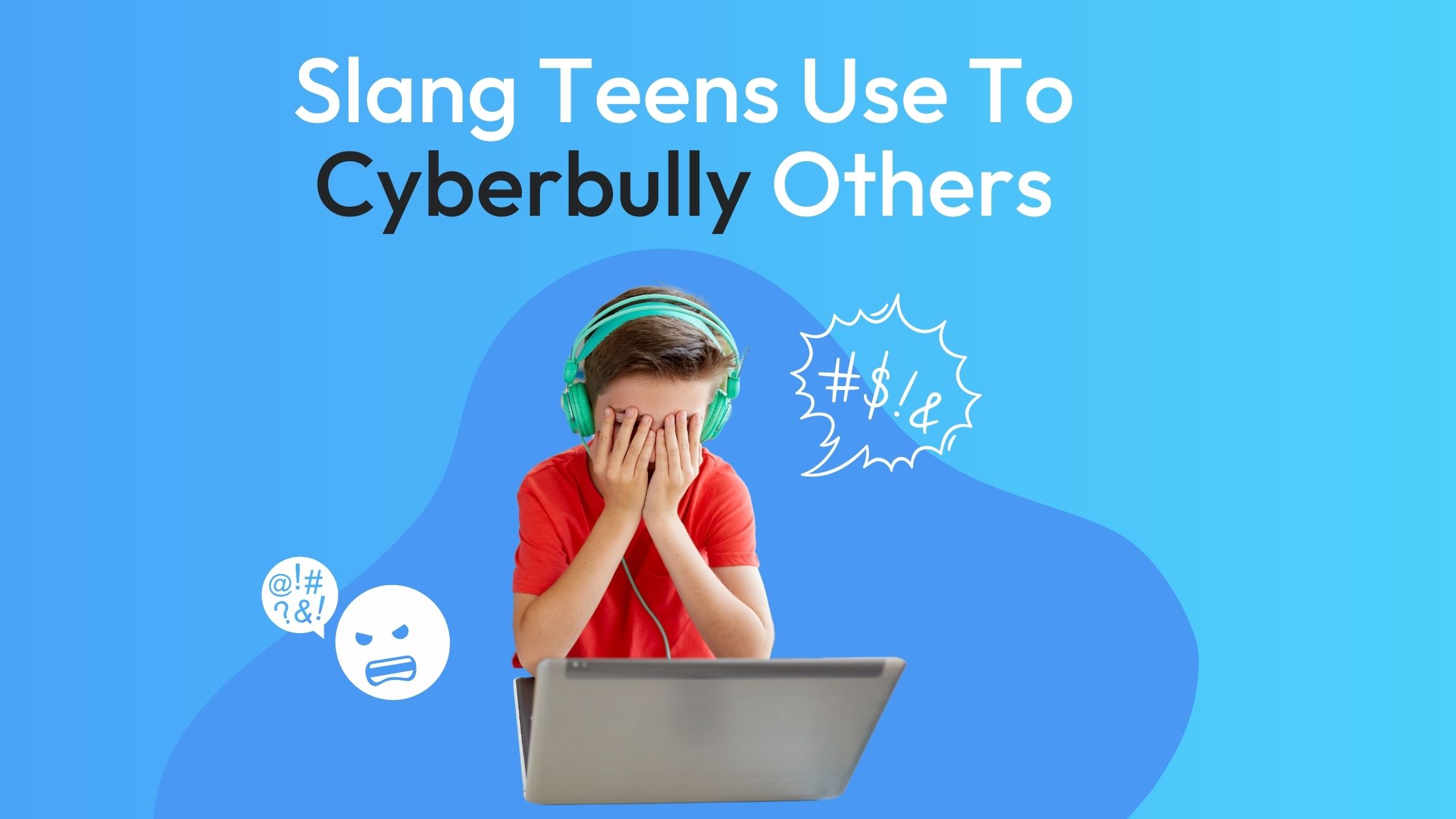 Slang Teens use to Cyberbully Others

Let’s start with a term you probably already know- troll. Actually, the dictionary definition of a troll is harsher than what I had in my head. I’ve always used to troll to refer to someone who was sort of cyberstalking and lurking- “I was trolling your Facebook page to see what kinds of content you post.” But, in reality, a troll is someone who aims to offend others by posting offensive or inflammatory content online. I guess I will stop using the word troll so cavalierly.

Here are a few other terms I came across that worried me. If you ever hear of your child doing these things or having these things done to them, you should absolutely ask more questions and raise red flags.

Happy Slapping– If someone is happy slapping, he or she is filming another person being physically assaulted and then spreading the video around the internet.

Griefer– Someone who harasses and bothers people on video game platforms by using aspects of the game in unintended ways.

Clickjacking– When malicious code is hidden behind an innocent-seeming link that tricks the user into clicking it and compromising personal information or files on their computer.

Swatting– Making a false report of an ongoing crime to try and get law enforcement, especially the SWAT team, to respond to a call.

Dox– The act of posting someone’s personal information without permission in an environment that makes the act intimidating or threatening. For example, posting a gamer’s physical address to encourage others to go to his or her location.

What cyberbullying terms have you heard that you weren’t previously familiar with?