Online gaming sometimes gets a bad rap. People oftentimes think that those who game frequently tend to be antisocial. Sometimes people assert that gaming leads to violent behavior because gamers are frequently exposed to so much violence (especially gun violence) in video games. If I ask you to describe for me who the average gamer in the US, I bet most people would give a similar description, and the words “loner” and “introvert” might be tossed around. The point is, people don’t generally have a super positive view of gaming.

But I grew up with two gamer brothers, long before gaming was as accepted and- dare I say it- cool as it is now. They spent hours holed up in our suburban Chicago basement, with one tiny window with which to view the outside world and seemingly endless number of computer screens, playing World of Warcraft. And guys, I’m here to tell you, everything turned out okay in the end. One is a computer engineer (who was an early employee of a huge Silicon Valley startup who works now because he wants to, not because he needs to) and the other is an airline pilot.

And you know what? They both still game. Somewhat regularly. And they will both tell you that they feel that their infinite hours of gaming through high school and college have actually helped them in their careers. (There is no need to be alarmed when my early 30s brother tells me, “flying an airplane is just like playing a massive video game.” Nothing to be concerned about. At all. Nope.)

Protect Your Child From Threats Online

But enough about my super cool brothers and their questionable life and career philosophies. What does the research say about how gaming affects our brains and cognitive function? 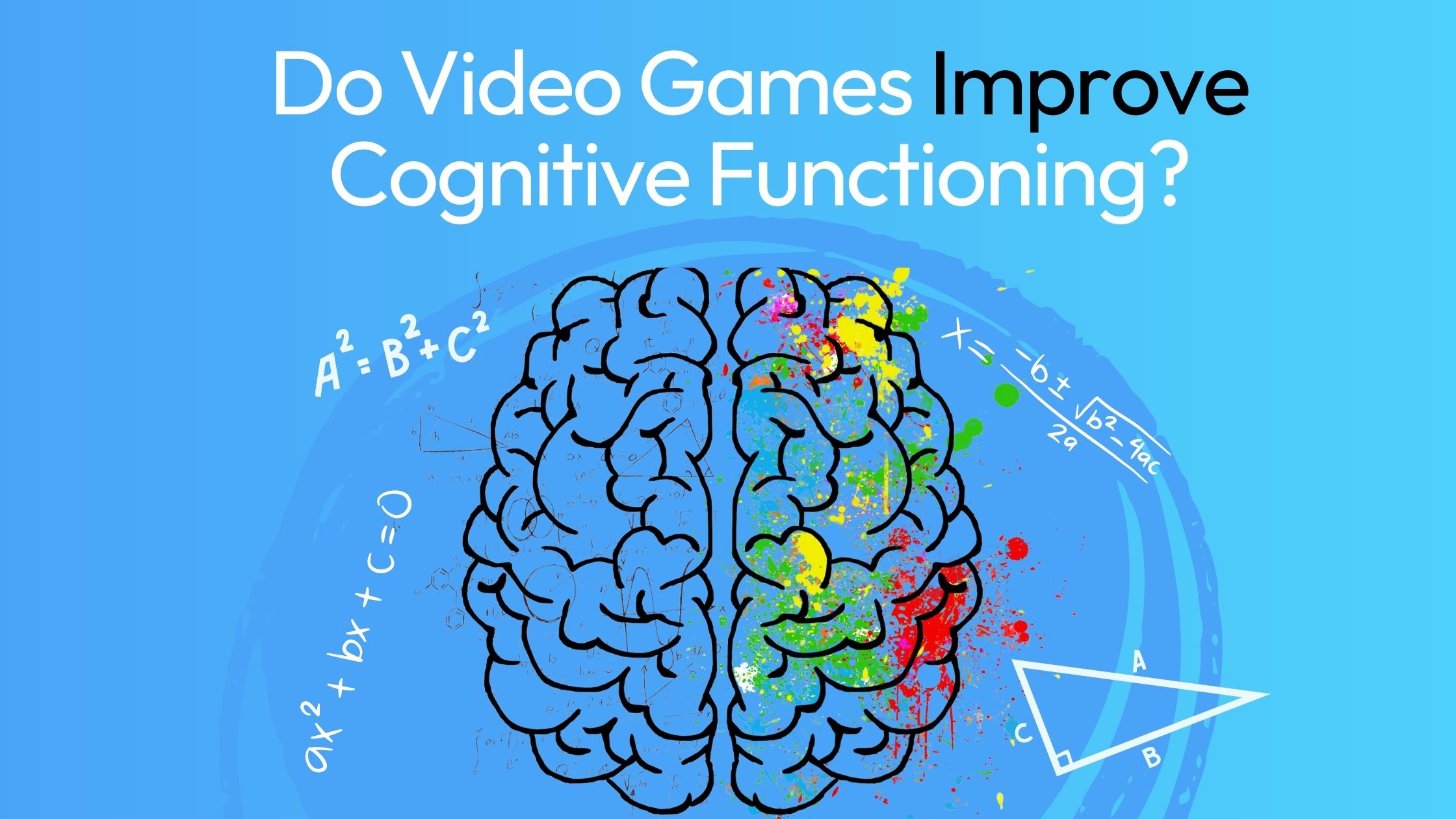 I did some digging to find out whether or not my brothers actually have better brain function than I do because they game and I, well, I don’t really, unless you count a few wayward games of Solitaire on my iPhone every now and then. It turns out that there is some conflicting research out there about gaming and cognitive function.

According to a study from researchers at Chinese University of Electronic Science and Technology and the Australian Macquarie University in Sydney, there might be a positive connection between online gaming and increased gray matter in the brain. The study examined the brain function of 27 avid video gamers as well as 30 casual gamers and found that the avid gamers greater cognitive function and gray matter. The region of the brain studied is thought to be the region of the brain that controls our empathy and compassion as well as our taste, smell and interpersonal relationships.

However, another recent study actually noted a negative correlation between online gaming and cognitive function. This study notes that continued play of action games, such as Call of Duty, may actually be bad for brain health. This is because when a gamer plays an action game, they rely on procedural or habitual memory, which, in turn, means you underuse your hippocampus, or the gray matter area of the brain. Repeatedly underusing this part of your brain may have negative side effects and could eventually lead to undesirable side effects.

The bottom line: is video gaming good or bad?

You can easily travel down an internet rabbit hole looking for information on the pros and cons of video gaming. The truth is, though, that it is really hard to know how video games affect kids long term because the first serious video gamers didn’t emerge until the mid-1990s. These gamers, then, like my brothers, are only in their mid-to-late 30s now, assuming they started gaming fairly regularly as preteens or teens. It is simply too soon to know if they will have any lifelong memory issues or cognitive disruption due to video gaming.

In past articles, such as “Why you should embrace video games for kids“, I’ve talked about all the great reasons you should let your kids play online games. However, it important to ensure that your children are safe online. Kidas is a great way to give your kids the freedom to play video games and chat with others while also ensuring that they are safe from many of the online dangers.

The bottom line is you should let your child play the video games you are comfortable with. You should know that, like everything else in life (such as chocolate, or television, or wine), there is such thing as too much of a good thing. Setting limits on your child’s video gaming teaches them healthy boundaries as well as how to look forward to something you want but can’t quite have.