Trolling or troll is a common term used in the gaming world. While many parents are familiar with the term Trolls, a troll in gaming isn’t a cute, bright colored hair, DreamWork’s character! In fact, trolls in video games are more like Bergens! So, what is trolling in gaming? 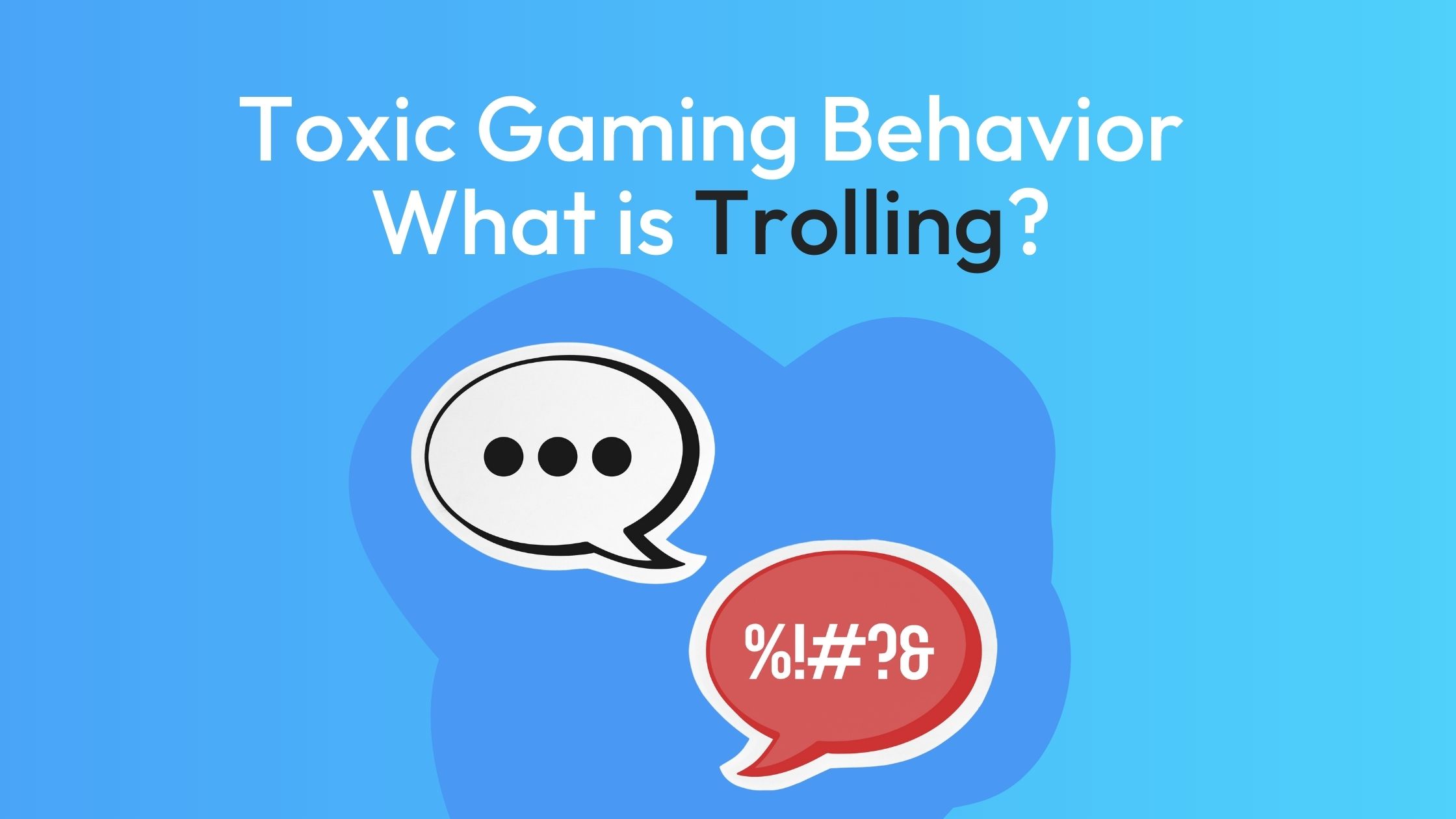 Trolls are players in video games who attack other players, are sensation seeking and/or are interaction seeking. Trolling is considered a direct attack on another players enjoyment of the game. They try to intentionally ruin the gaming experience for other players.

Why do people troll?

There are different ideas about why people troll. For some, it is a showing of anti-social and antagonistic behavior. For others, the behavior leads to enjoyable consequences for the troll. They enjoy creating drama amongst other players in the game and they enjoy getting a reaction from other players. For a troll, the more the outrageous the reaction, the better!

Verbal trolling is using a chat function in-game to troll other players.

Trash-talking – Using words to put down other or make fun of other players.

Flaming – Flaming is displaying hostility towards other players in a game by insulting, swearing or using otherwise offensive language towards them.

Spamming – Spamming, in the context of video games, refers to the repeated use of the same item or action.

Inappropriate Roleplay – Pretending you are a different person to obtain some kind of specific reaction.

Contrary Play – Playing the game outside of what is intended by most players.

Aiding the Enemy – Disregarding strategic play to make it easier for the opposing team to win.

How to Handle Trolling

Talk to someone: While it isn’t an easy things to talk about, it is absolutely essential. It is very likely that your child will find that others have experienced it too. Being able to talk to someone has been there is helpful. Additionally, it is important that your child has a social support system. In many games, your child will be playing with people that they know. They need their friends to stand up for them in games so that they don’t feel alone when trolling happens.

Do not engage the trolls: As we have mentioned, the incentive behind trolling comes from getting a reaction and causing displeasure. They are looking to ruin the experience for other players, so if you let them ruin the experience, you are giving into them. The less you give in, the less they gain from trolling you and are more likely to move on. Blocking or banning the troll is a good way to do this.

Use humor to show you are unaffected: Sometimes, using humor and throwing out some jokes to embarrass the troll is a good way to let on that you don’t care. Making jokes and making others in the game laugh will make it harder for the troll to affect anyone in the game.